What is EDI File? 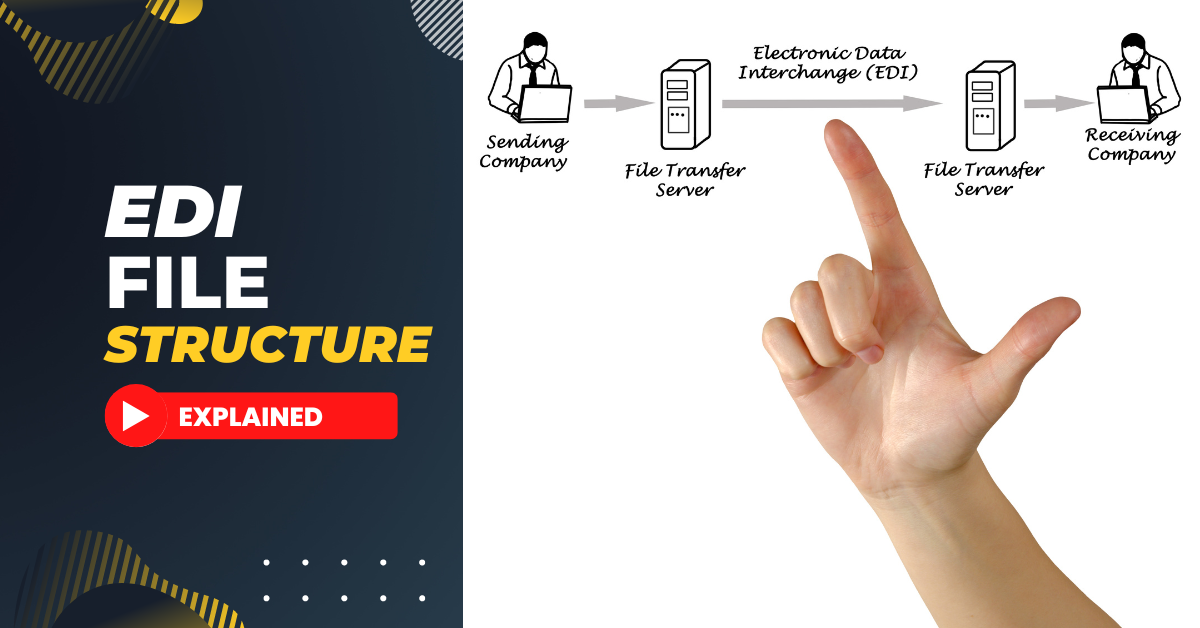 An EDI file is a data file structured using one of the several EDI standards. EDI standards are specific guidelines that govern the content and format of EDI files. EDI file contains structured data stored in a plain text format and is used for transferring business data between multiple organizations.

The primary reason for having these EDI standards is to ensure that businesses can communicate in a” universal language”.

EDI files can be saved by various standards. Here are the common EDI file formats,

A flat file is the most common EDI file format during the computer-to-computer exchange of business documents or data.

This type of EDI file potentially contains several sorts of records, such as headlines and retail lines. Headlines indicate what information is held within entire documents. Retail lines comprise commercial documents, such as lines of invoices or orders.

A Variable-Sized Flat File (VFF) is when the data are separated from each other by a particular character such as a semicolon, vertical line, or tabulation. CSV format is the best-known example

When each field has a predetermined number of characters, there is no need to separate the data by character. This is called a Fixed Flat File (or FFF). This is the case for one of the two possible formats of Systems, Applications, and Products (SAP) software: iDocs.

A fixed flat file must be accompanied by a complete description containing the position, length, type (digital or alphanumeric), and content of each data field.

Some elements (known as composite elements) are made up of sub-elements (component elements).

Figure 1a:  An example of a data segment (SV1) having four elements.  The first element is a composite element with two sub-elements (or component elements) separated by a component element separator, which is ":" (a colon).

A block of data segments with data that are inter-dependent to each other is called a group or a loop.  An example of a loop is the N1 loop, which may hold a company's address information.

The section of data segments that convey a message is called a Transaction Set or Message.  The message itself is sectioned into tables (or areas): the header (or Area 1); the detail (or Area 2); and the summary (or Area 3).

Transaction Sets (Messages) can be organized by grouping them by their topics or functions. A group of Transaction Sets is called a Functional Group. Functional Groups themselves constitute an interchange. An Interchange is an electronic equivalent of a letter envelope. It contains the destination and sender ID of the EDI message, and the date/time stamp of when it was sent.

The Control Segments are the header and trailer segments that mark the start and end of their controlling structure.

• The Header/Trailer control segments of the Interchange are the ISA/IEA in X12, and UNB/UNZ in UN/EDIFACT.

• The Header/Trailer control segments of the Functional Group are the GS/GE in X12, and UNG/UNE in UN/EDIFACT.

• The Header/Trailer control segments of the Transaction Set are the ST/SE in X12, and UNH/UNT in UN/EDIFACT.

Because EDI files must be processed by computers rather than humans, a standard format must be used so that the computer will be able to read and understand the EDI files. Here is the list of 10 common EDI communication standards

Ready to find out more about Commport EDI Solutions?

Drop us a line today for a free quote!