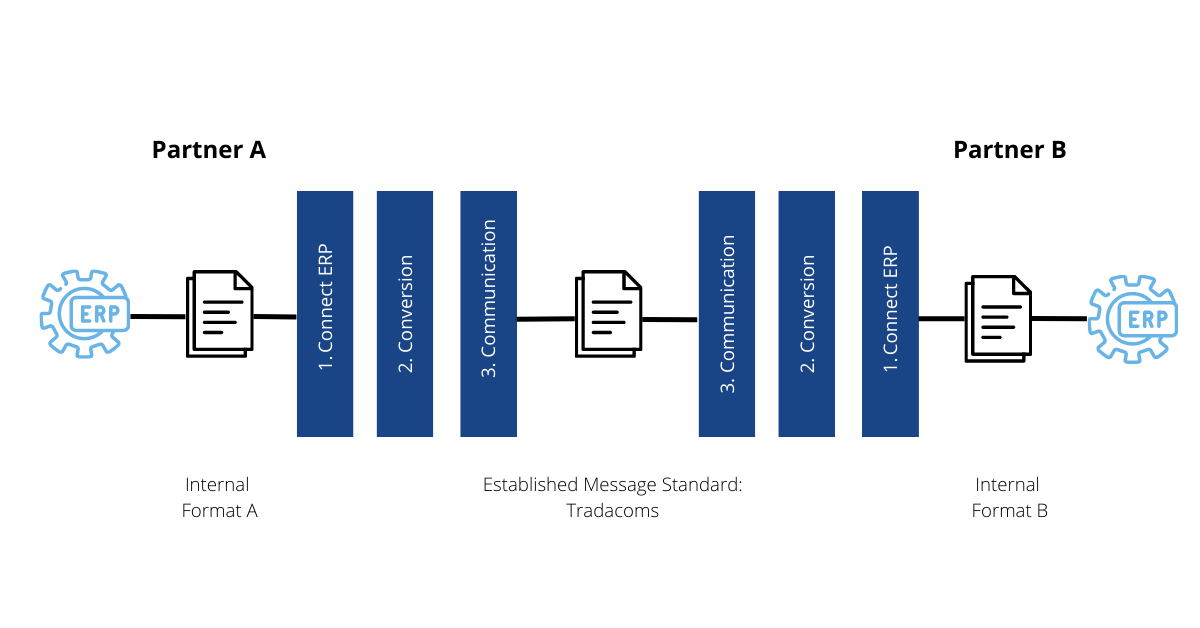 TRADACOMS (Trading Data Communications Standard) is an early EDI standard that was originally introduced in 1982 and was primarily used in the UK retail sector. It was maintained and extended by the UK Article Numbering Association, now called GS1 UK. Slowly this standard become less obsolescent as its development of it effectively ceased in 1995. Despite this, it has proved durable and most of the retail EDI traffic in the UK still uses it today.

The TRADACOMS standard provides a set of syntax rules to structure data, an interactive exchange protocol (I-EDI), and standard messages which allow multiple countries or regions and industries to exchange documents.

TRADACOMS uses multi messages instead of relying on a format of single messaging. TRADACOMS communication is comprised of 26 messages structured in a hierarchy. Each TRADACOMS message, much like EDIFACT, is given a six-letter application reference. For example, an invoice message is INVFIL, a payment order is PAYORD, a utility bill is UTLHDR, and so on.

TRADACOMS has a set definition of segments and elements, which describe the information held within the documents. This data can inform the recipient of a variety of different business documents, such as Invoices, Orders, and Delivery Notices.

The syntax is very similar to EDIFACT, with the following principal differences:

The use of qualifiers, and consequently of composite data elements, is minor compared to EDIFACT. Any segment can occur only once in a TRADACOMS message definition, and so the segments tend to be very specific rather than generic with a qualifier to identify their function. TRADACOMS is not a 'Lego' system in the manner of EDIFACT.

In EDIFACT a message is a transaction. TRADACOMS uses 'Files'; with one or more examples of the message being preceded by a header message and followed by one or more trailer messages. This avoids the duplication of a common header and trailer information which can occur in a series of EDIFACT messages.

TRADACOMS files are equivalent to industry EDIFACT subsets. They are not generic in the way UN/EDIFACT messages are. They are only supposed to be for use within the UK, since they make no allowance for currencies other than sterling, and tax information is geared to UK requirements.

Service Segments are used to keep track of the transmission. The most common set is shown below. 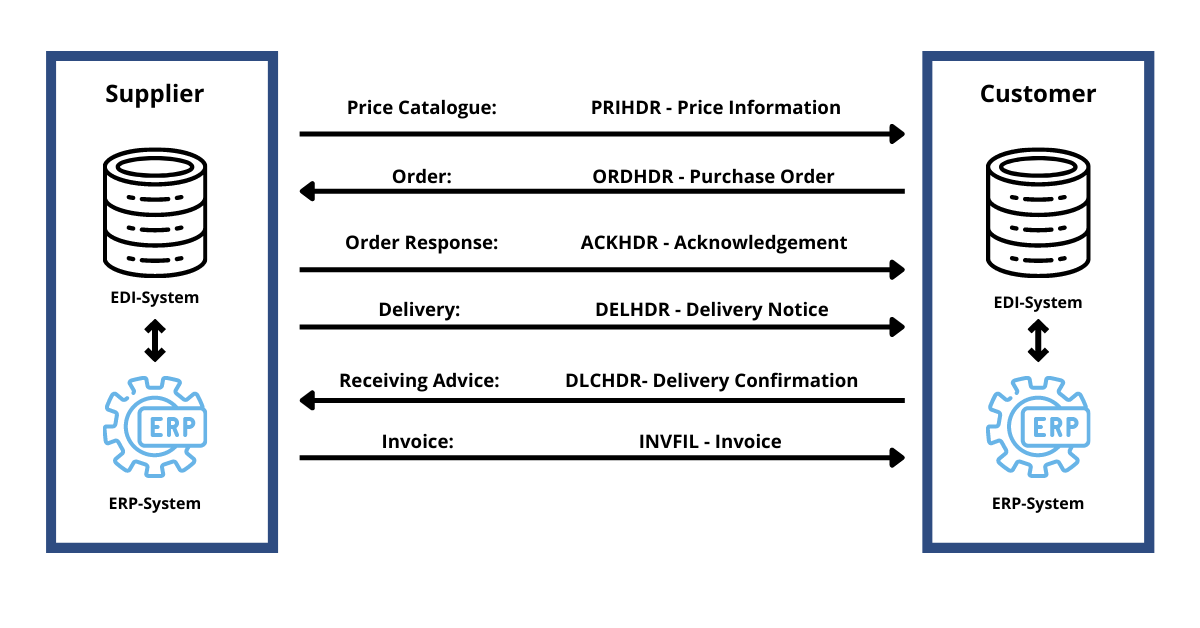 Want to Get More Infomation About Commport EDI Services